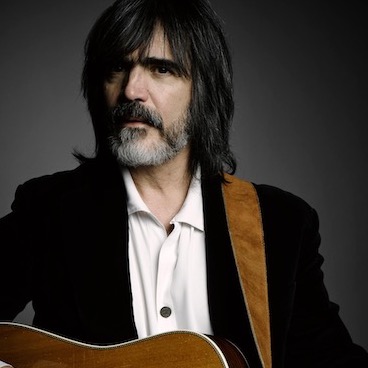 I will be teaching an advanced fingerstyle class that will range from Delta Blues to Country Style finger picking. The material for this class will include many of my musical influences like the Reverend Gary Davis, Big Bill Broonzy, Chet Atkins, and more.

Since this is an advanced class, it presumes you are fluent in fingerpicking techniques. That is a must! We will move through a host of songs thoroughly and fairly quickly. Get ready to show up, dig in, start pickin’ and sleep well at night with a sense of accomplishment.

Larry Campbell is a multi-instrumentalist who has been a studio musician, recording music with other artists on their albums, and a respected sideman, performing as a backup musician in clubs and concert venues, since the seventies. He moves freely between rock, blues, country, folk and Celtic, playing guitar, fiddle, mandolin, pedal steel, cittern, dobro and banjo. In 2005, he released his first solo acoustic guitar album called Rooftops. In 2008, Larry was awarded a Lifetime Achievement Award for his instrumental work from the Americana Music Association.

Larry has had extensive experience as a studio musician. Over the past few years, Larry has recorded with Levon Helm, Judy Collins, Linda Thompson, Sheryl Crow, B. B. King, and Willie Nelson. Larry appears on Jorma’s latest solo album, River of Time.