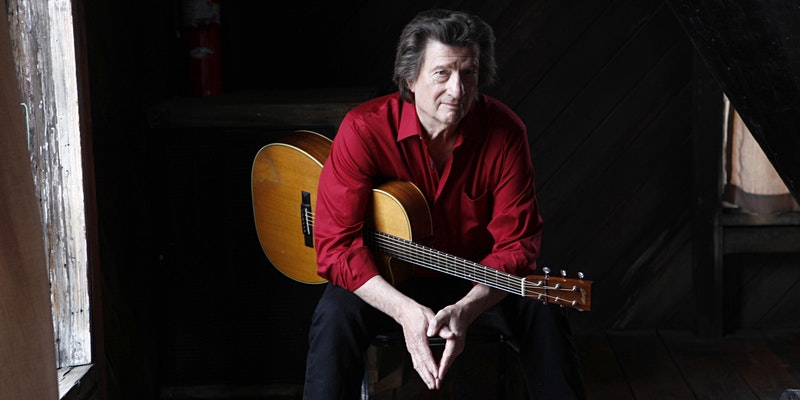 Smither is an American original – a product of the musical melting pot and one of the absolute best singer-songwriters in the world.

Born in Miami, during World War II, Chris Smither grew up in New Orleans where he first started playing music as a child. The son of a Tulane University professor, he was taught the rudiments of instrumentation by his uncle on his mother’s ukulele. “Uncle Howard,” Smither says, “showed me that if you knew three chords, you could play a lot of the songs you heard on the radio. And if you knew four chords, you could pretty much rule the world.” With that bit of knowledge under his belt, he was hooked. “I’d loved acoustic music – specifically the blues – ever since I first heard Lightnin’ Hopkins’ Blues In My Bottle album. I couldn’t believe the sound Hopkins got. At first I thought it was two guys playing guitar. My style, to a degree, came out of trying to imitate that sound I heard.”

In his early twenties, Smither turned his back on his anthropology studies and headed to Boston at the urging of legendary folk singer Eric von Schmidt. It was the mid-’60s and acoustic music thrived in the streets and coffeehouses there. Smither forged lifelong friendships with many musicians, including Bonnie Raitt who went on to record his songs, “Love You Like A Man” and “I Feel the Same. (Their friendship has endured as their career paths intertwined over the years.) What quickly evolved from his New Orleans and Cambridge musical experiences is his enduring, singular guitar sound – a beat-driven finger-picking, strongly influenced by the playing of Mississippi John Hurt and Lightnin’ Hopkins, layered over the ever-present backbeat of his rhythmic, tapping feet (always mic’d in performance).

Now, with over 18 records to behind him, Chris captivates his audiences with his songs and stories world wide. Chris is an American original – a product of the musical melting pot and one of the absolute best singer-songwriters in the world.

We are so please to welcome him back to the Fur Peace Ranch stage.